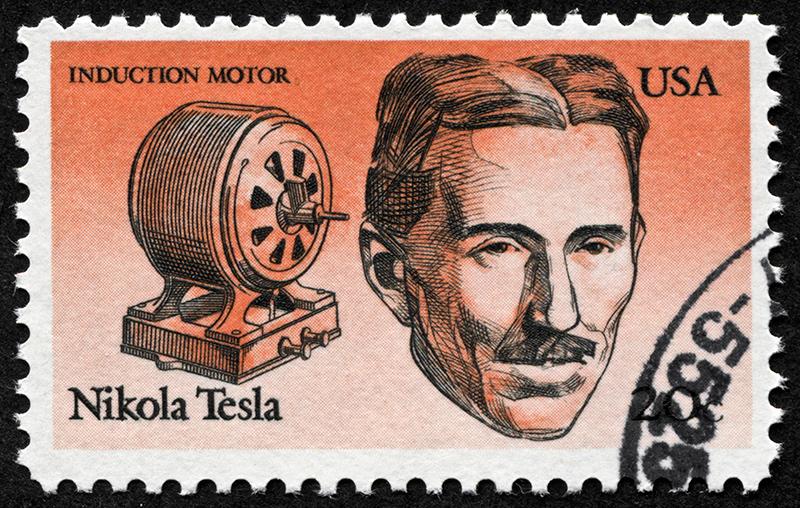 The concept behind smart buildings probably germinated at the 1898 Electrical Exhibition, in Madison Square Garden, where the famed Nikola Tesla demonstrated that an inanimate object—in this case, a boat—can be controlled remotely using radio signals. However, the prize for inspiring the general public’s imagination for smart buildings must be awarded to the beloved TV sitcom, “The Jetsons.”

Back to the Future 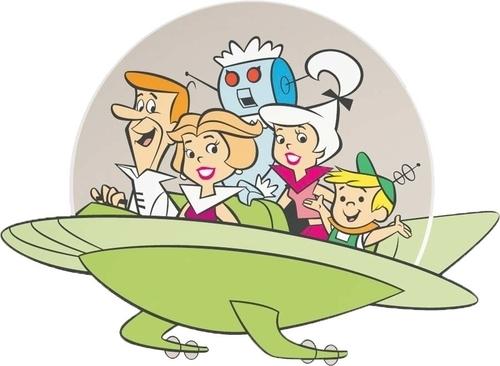 The animated TV show was the brainchild of American media icons Bill Hanna and Joe Barbera of Hanna Barbera Studios. “The Jetsons” was released in 1962, two years after the premiere of Hanna Barbera’s smash hit, “The Flintstones.”

While the Flintstones sitcom was rooted in the Stone Age, the Jetsons show was set in the future…the 21st Century; our time. In spite of the vastly different time lines, both shows hilariously mapped recognizable, mid-20th century, suburban sensibilities onto these whimsical alternate universes. Characters Fred Flintstone and George Jetson may have been set millennia apart, but their shared on-screen attitudes and cultural biases could have easily made them neighbors in any middle-class, 1960’s American suburb.

Neither Bill Hanna nor Joe Barbera was a professional futurist or technologist. They were entertainers who hatched up TV set pieces that morphed recognizable 20th Century objects into fantastic gadgets. They made cars that flew, sidewalks that moved, and smart houses that automatically turned on the light as you walked in—just for the entertainment value. Ironically, their fun-filled screenplay proved highly successful at predicting a remarkable number of actual 21st technologies:

Of course, we still don’t have Jetsonesque flying cars capable of zooming past 2,500 MPH speed limits, but I’m sure those speedy rides are just around the corner too!

What is a “Smart” Building

When you watch George Jetson saunter into his house and see common household objects automatically react to his presence—like a moving sidewalk that whisks him from the front door to his favorite lounge chair—the first question that comes to mind is: how did the house know that he was home?

Today’s smart buildings are also aware of when a human being enters a room. Obviously, the building itself is not sentient, but many of today’s buildings are kitted with devices that can sense a slew of environmental factors, including the physical proximity of a human being.

Before the advent of the internet, building sensors were primarily localized, without the ability to share their data beyond immediate, wired control systems. For example, bathroom motion sensors triggered ceiling lights to turn on when motion was detected. The motion data was never shared beyond the bathroom’s lighting system. It was too cost-prohibitive, impractical, or technically challenging to network these isolated sensors.

The Internet of Things

Since the mid-1990s, the world has witnessed an explosion of internet-aware software and hardware devices that communicate with each other over vast networks. Critically, these same internet-aware devices can also interface with server-based software applications and, by extension, end-users connected to those servers.

In 1997, Kevin Ashton, an Assistant Brand Manager at Proctor & Gamble famously coined the phrase Internet of Things (IoT) to neatly package up this burgeoning field of internet-aware devices. Ashton’s motivation was to educate his technology-challenged bosses about the value of using RFID chips to connect Proctor & Gamble’s consumer products to the Internet.

Ashton envisioned an IoT future that was more meaningful than merely enabling a toaster to alert you when your bagel was the right shade of golden brown. He opined at Live Worx 2018,

Frankly, knowing that my sesame bagel was perfectly toasted and ready for consumption IS useful to me, but I get Ashton’s point. What he meant was that you can do far more meaningful things with the collected data of multiple sensors than the readings from individual sensors. Yes, the timely alert from one IoT toaster will make a hungry customer happy. However, the amassed sensor readings from all IoT toasters can be processed by software to provide a rich haul of useful answers to other questions such as:

A building’s IoT sensors are akin to a person’s five senses. They afford access to the real world of light, motion, temperature, pressure, humidity, vibration, and even electrical current. However, as pointed out by Kevin Ashton, the real power is what you do with this information after you collect and process it at Step 3 of the following workflow.

Take a simple IoT sensor workflow involving automatic lights. As the person enters the room, s/he triggers the following workflow: 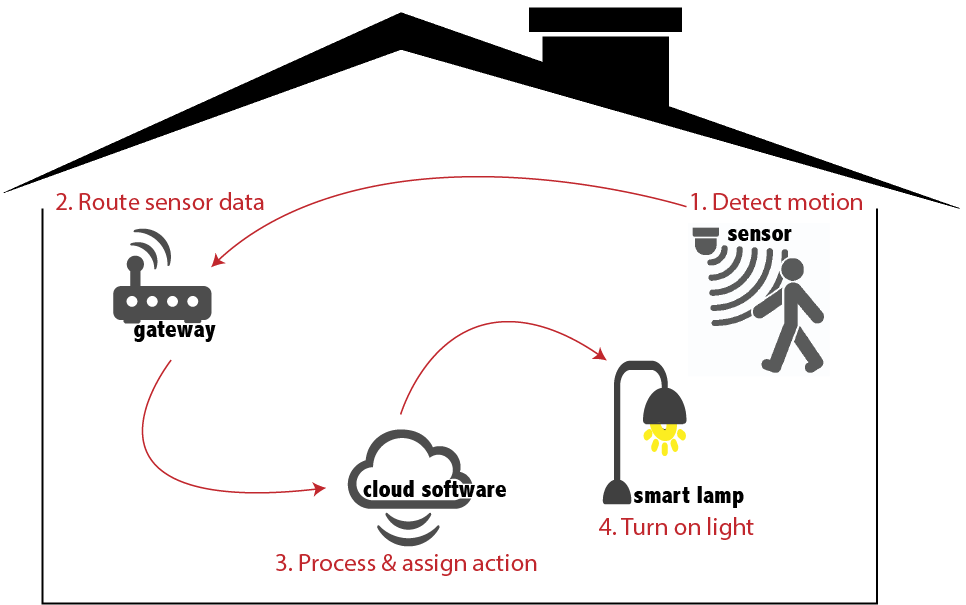 Today, most people won’t skip a beat if the light turns on automatically when they enter a bathroom or an office. They are used to this experience because non-IoT motion sensors have been performing this “magic” trick for years. What IS new with today’s IoT systems is that the motion data is now shared with powerful IWMS software systems. These facility management systems can use the same motion data for turning on the lights AND other more meaningful things.

For decades IWMS systems have helped facility managers figure out What they had, Where they were located, and Who was using it. The software completely streamlines facility operations. It can readily: Even with this impressive list of accomplishments, IWMS could not—without IoT functionality—proactively manage key spaces and systems based on what was actually happening in the real world. IoT gives an IWMS system the sensors it needs to react to events on the ground in real-time before an organization suffers costly losses in property or even lives.

Let’s dig a bit deeper and examine how an IWMS system uses IoT to track facility occupancy in real-time, starting with the infrastructure. 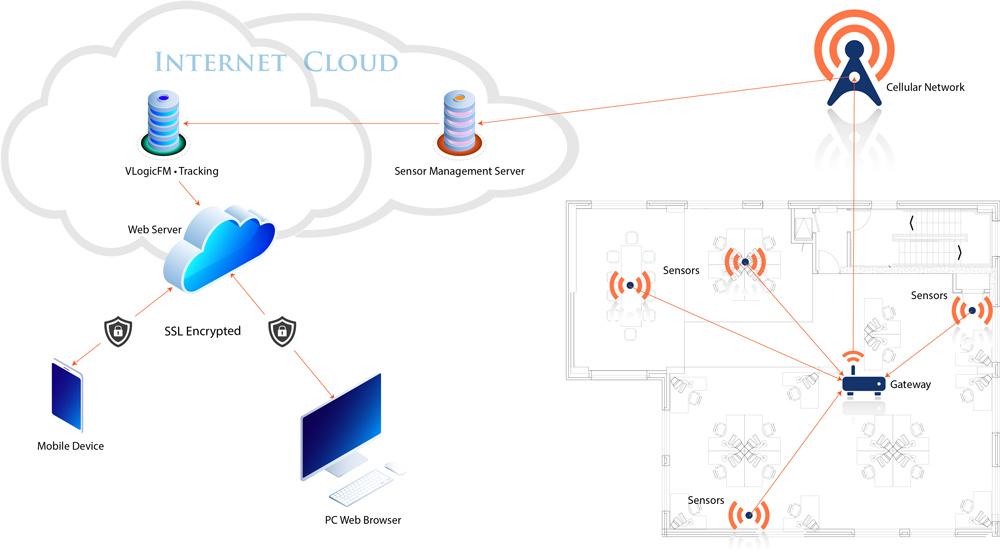 Because of this bifurcated user base, IWMS tracking systems provide functionality specifically designed for each of these types of users.

Clinicians and hospital admins frequently clash over the availability of patient rooms and medical conference rooms. Clinicians are busy and often find it hard to find the time to locate available space in today’s labyrinthine hospitals. They and their harried admins do not have the time to manually walk the halls to locate available rooms. Real-time tracking systems provide Live Tracking views to immediately resolve the question of whether there are available rooms or not. The following figure shows a live tracking view where the user is provided an instant snapshot, in real-time, of whether rooms on this floor are available (green) or occupied (red). 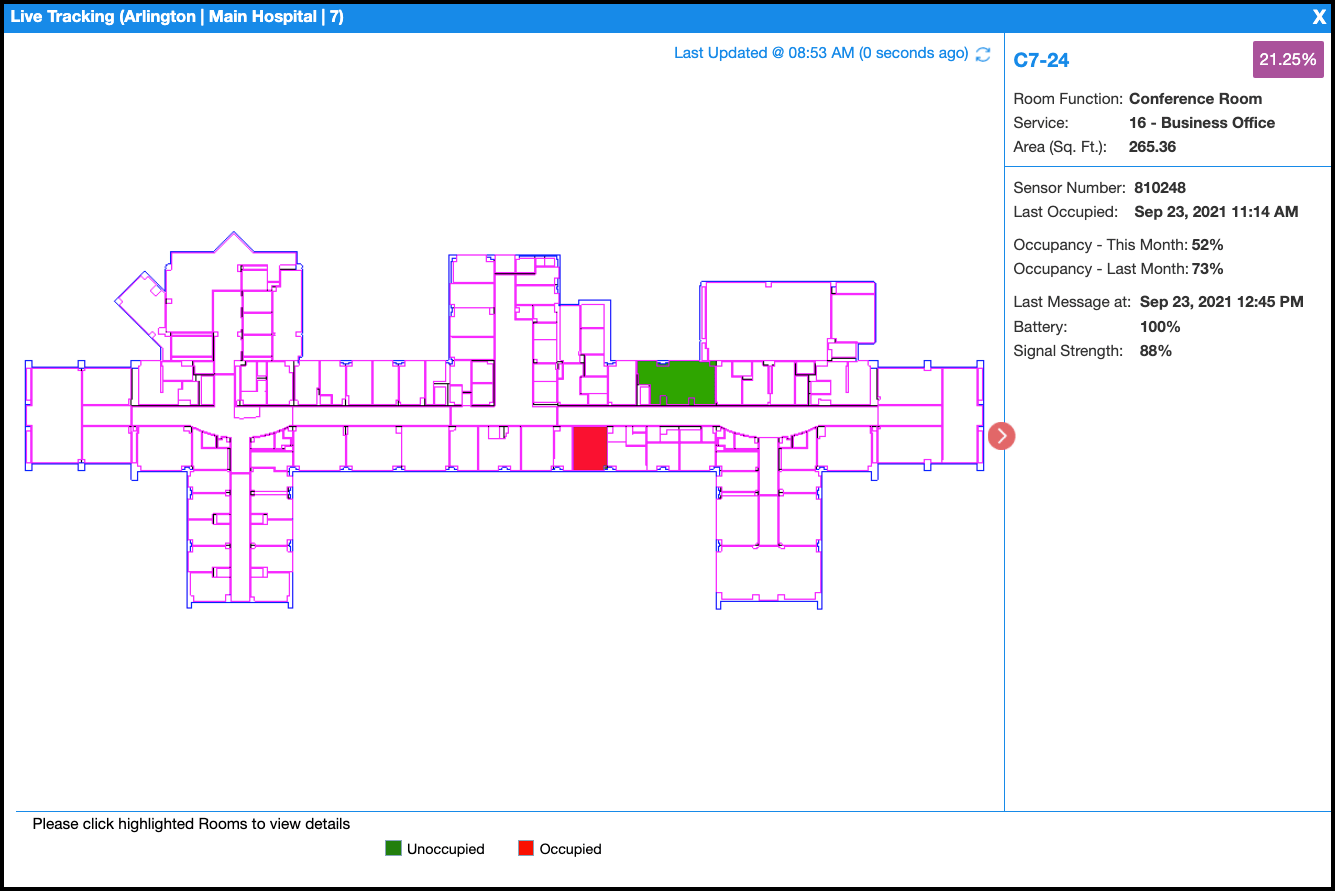 Not only does Live Tracking give clinicians instant results to their space availability questions, it also helps reduce tensions between clinicians and hospital administration.

Operations managers are tasked with space planning and budgeting for complex healthcare facilities. Their interest in real-time tracking is primarily in gauging space utilization for space planning budgetary purposes. The following figure shows how IWMS tracking software makes short work of this analysis, giving operations managers tools for determining overall occupancy rates, including the percentage of spaces that are under-utilized (less than 20%) or close to full utilization (over 80%). 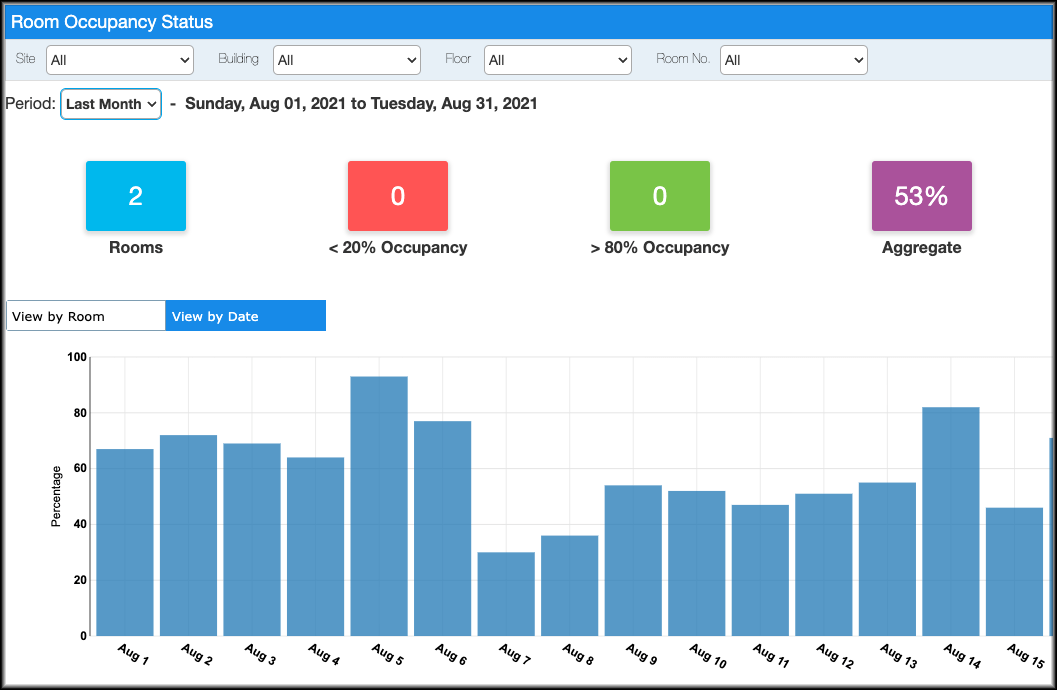 IoT-based real-time tracking is far more than an additional facility management software function. It dramatically increases the usefulness of IWMS systems by extending its “senses” into the real world. Exciting abilities are now possible using current IoT sensor technologies: In summary, real-time tracking fulfills the primary needs of a hospital’s clinicians and operations managers. In addition, it can extend the real-world usefulness of your IWMS system into areas beyond traditional facilities management. It’s an exciting time to witness the extension of IWMS software into real-world, real-time tracking. In the words of Steve Jobs, “And no, we don’t know where it will lead. We just know there is something much bigger than any of us here.”